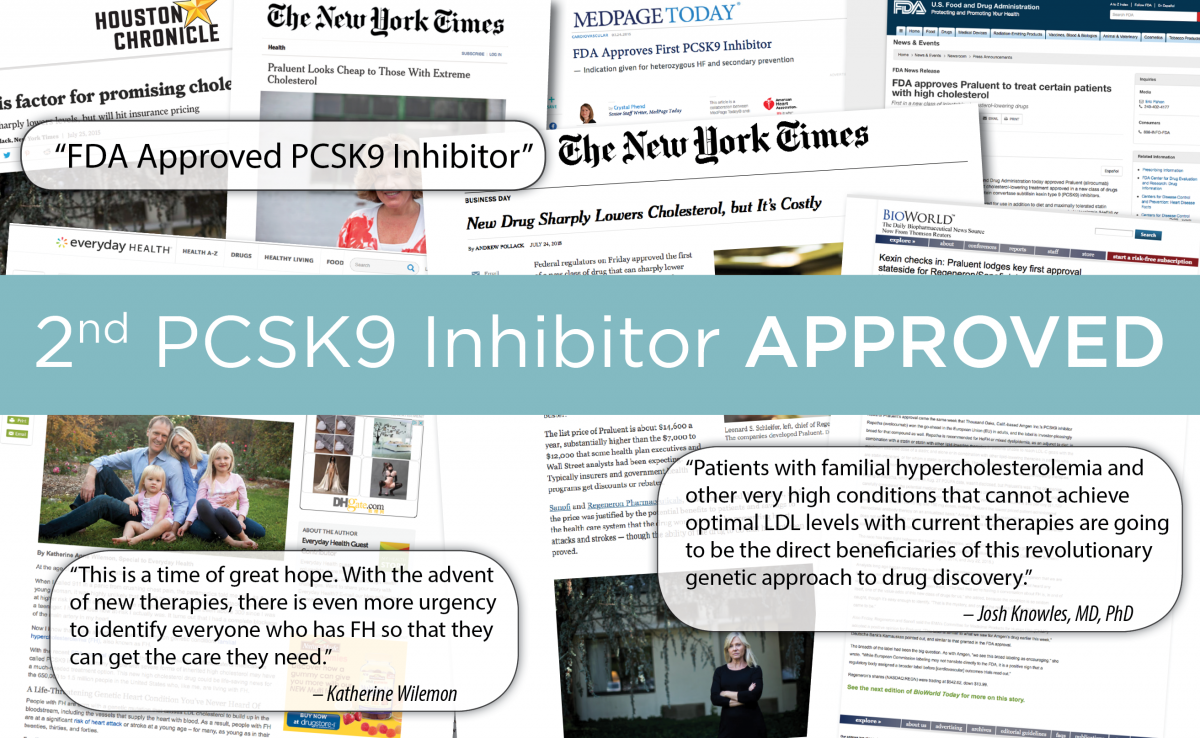 We all have the chance to prevent early heart disease for over a million Americans, just by saying the words “familial hypercholesterolemia.”

Until recently, virtually no one was saying those words, and not just because they are hard to pronounce, but because of a lack of public awareness.

With the FDA’s approval of an entirely new class of cholesterol lowering therapies, known as PCSK9 inhibitors, the words “familial hypercholesterolemia” have been printed and spoken by major news outlets across the U.S. and around the world.  Hundreds of thousands of people who never had a name for the family curse of early and aggressive heart disease, are finally learning that they have a genetic disorder – one they can actually do something about – and where they can go for help.

the Family Heart Foundation is a research and advocacy organization founded by a patient with the explicit intent to bring both data and the patient perspective to this vastly under-diagnosed and under-treated life-threatening condition.

Families with FH have contributed to the understanding of the causal relationship between cholesterol and heart disease since 1938.  Studying individuals with FH helped Brown and Goldstein understand cholesterol metabolism, a discovery for which they won the Nobel Prize in 1985.  Understanding FH contributed to the development of one of the most successful classes of drugs in history: statins. Statins have helped many millions of people around the world reduce their risk for heart attack – most of whom do not have FH.  Understanding FH also contributed to the development of this new class of drugs, PCSK9 inhibitors.

Yet almost a generation after the approval of the first statin in 1987, over 90 percent of people with familial hypercholesterolemia remain undiagnosed.  the Family Heart Foundation is working diligently to change that.

Today, we remember why this work is so important – why we need to make the most of this moment when the world is paying attention.  Those of us with FH have watched our fathers and mothers, our grandparents, our aunts and uncles, our sisters and brothers, and even our children suffer at hands of the single biggest cause of morbidity and mortality across the globe.  The less than 10 percent of us who are lucky enough to at least have an accurate diagnosis, live with the fear that today may be the day that the life-long exposure to soaring levels of LDL cholesterol result in a cardiac event or worse.

Even with the advent of new therapies the work has just begun. The single biggest barrier to life-saving care is still lack of diagnosis. Without the appropriate diagnosis, access to care is next to impossible. Please support the Family Heart Foundation in our efforts to make the words “familial hypercholesterolemia” become part of the dialogue among the medical community, policy makers, and the public at large.

With two unpronounceable words, we can save lives.

Can you say familial hypercholesterolemia?