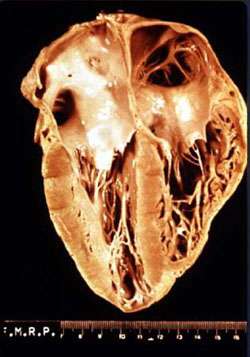 Chest pain or discomfort is number one on the list of early signs of heart disease in men that you need to keep an eye out for, especially because it is the type of discomfort that people often write off as being symptomatic of something less serious. Dizziness and fatigue are two other early signs that men should keep an eye out for. There are many other early signs of heart disease in men, including nausea, shortness of breath, quickened pulse, sweating, swelling, and weakness. While it’s true that many of these can be signs of other less significant problems as well, it’s important to take them seriously, especially if you have FH.

With all the focus on early signs of heart disease in men, however, people often forget about women. Though heart disease and heart attacks have traditionally been considered a predominantly male problem, women have just as much risk of developing cardiovascular disease. The risk factors are the same for women and men in general; smoking, diabetes, high cholesterol, high blood pressure, obesity, an unhealthy diet, and anemia are some of the risk factors. Women’s risk factors may be a little bit different, however, as birth control pills can raise the risk associated with smoking, and menopause and preeclampsia may play a role as well.

How FH Fits In

FH is an inherited genetic disorder that affects cholesterol removal in the blood, creating a serious spike in one of the most significant heart disease risk factors. Individuals with FH often have no symptoms of heart disease for years, but when they develop they can be extremely serious and happen at a much younger age than is typical. Both women and men with FH need to be diagnosed and treated as early as possible to prevent cardiovascular progression as much as possible. Diet, exercise, and cholesterol medication are the most frequent preventative treatments pursued.

Everyone should learn to identify the risk factors and the early signs of heart disease in men and women because it is such a common cause of death for so many people. Often, by the time major signs manifest, the heart has already taken major damage. For individuals who have FH, it is especially important to become educated about heart disease, as it can set in at a much earlier age than is typical. Most people with FH are unaware that they have it, so the mission of the Family Heart Foundation is to educate as many people as possible about the risks. Browse our website for more information about FH.