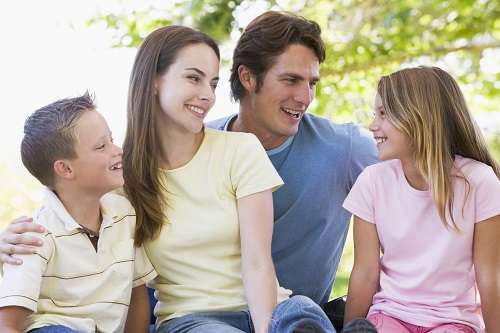 Being told youhave Familial Hypercholesterolemia (FH) can lead to questions about high cholesterol genetics, risks and treatments. If you are a newly diagnosed FH patient, here is some information to give you and your family a basic understanding of your condition.

First, you need to understand that high cholesterol genetics resulted in your condition. You inherited one or, in rare cases, two abnormal chromosomes, which leaves you vulnerable to premature heart disease caused by blocked arteries, such as heart attacks and strokes. There is also a chance that you can pass FH on to your children.

FH is what is known as an autosomal dominant genetic disorder, meaning that only one parent needs to have the condition for his or her children to inherit it. The abnormal gene is dominant, so even if the child receives a healthy gene from the second parent, the altered gene can override the healthy one. Those with one parent with FH have a 50 percent chance of inheriting the condition. When this happens the child has what is known as heterozygous FH (HeFH).

If both parents have FH, their children have a greater risk of having the more aggressive form. In the high cholesterol genetics lottery, these individuals not only carry a 50 percent chance of having HeFH, they also carry a 25 percent chance of having homozygous FH (HoFH), which results from inheriting two altered chromosomes. Individuals with HoFH may experience aggressive narrowing and blocking of the blood vessels that starts even before birth and progresses very rapidly, resulting in extremely early and serious heart disease.

Unlike high cholesterol levels that are the result of poor nutrition, smoking, or lack of exercise, LDL readings caused by FH are exceedingly high and can’t be brought into the normal range through changes to eating, smoking or workout habits. Cholesterol-lowering medications are necessary for all FH patients to manage their condition.

Left untreated by medication, this excessive cholesterol can lead to:

FH Can Be Treated

The good news is that the effects of your high cholesterol genetics can be managed with proper medication supplemented by a low-fat, high fiber diet; regular exercise; and not smoking. FH is most often treated by a combination of medicines, each of which serves a different function and complements the others. Statins inhibit the natural production of cholesterol in the liver. They are often prescribed in combination with a cholesterol absorber and a bile acid sequestrant, which prevents cholesterol from being absorbed by the intestine. Other cholesterol-lowering medications are fibrates, niacin, phytosterols, fish oils/omega 3 fatty acids, and PCSK9 inhibitors.

Have Your Family Tested

If you have FH, it is likely that other members of your family may also have it but not know it yet. Up to 90 percent of people with FH are unaware that they have it. Encourage your loved ones to get their cholesterol levels tested. In families with a pattern of early heart disease or high cholesterol genetics, the American Academy of Pediatrics recommends that children undergo cholesterol testing as early as age two, and before age 10.