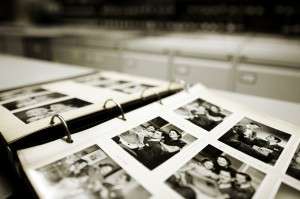 Familial Hypercholesterolemia (FH) is more common than one might think, yet it often goes unnoticed or misdiagnosed. At least 1 in 500 people are affected by it, but most of them simply get told that they have high cholesterol, and need to manage their diet and exercise regime. Some people feel fatigue and experience symptoms of a heart attack, but are wrongly diagnosed to have hypertension or even depression. This leads to uncertainty, fear, and even unnecessary or wrong medication.

In this case, FH is confused for other, more popular conditions. This is why one of the goals of the Family Heart Foundation is to raise awareness of FH both in the public and in the medical realm. If any of the above symptoms sound familiar, consult your cardiologist about the possibility of FH.

Other cases are more shocking, with FH remaining ‘invisible’ for years. Many people lead perfectly healthy lives and look healthy too, yet their cholesterol levels are higher than normal or they have a heart attack at a relatively early age.

The genetics of FH

FH is a genetic disorder, meaning that it is inherited. It’s not contagious, but once you have it, it’s a lifelong condition. All first-degree relatives of an affected individual have a 50% chance of having FH too. This includes parents, siblings and children. FH also has a more rare but much more severe form called Homozygous FH (or HoFH). This can occur when both parents pass on the FH gene to their children (there is a 25% chance of that happening).

FH is caused by mutations in the so-called LDL-receptor gene (low-density lipoprotein gene). This receptor facilitates the clearing of excessive cholesterol from the bloodstream. The LDLR gene in FH patients doesn’t work properly. Therefore, cholesterol cannot be removed effectively and starts building up from an early age. Some people may develop fatty deposits in the skin, around the elbows, knees, and tendons. These are called “xanthomas”.

Know your history, change your future

If exceeding levels of cholesterol, early atherosclerosis or premature heart disease are common in your family, get to know your relatives’ medical records and speak to a lipid specialist. While FH is not curable, it is treatable. FH causes cholesterol to deposit in the arteries and over time leads to their narrowing and blocking, resulting in cardiovascular disease. This is why early diagnosis and proper treatment are crucial.

Testing includes a simple blood sample, but genetic testing is also available if family history shows evidence of FH. FH is manageable and the sooner you identify it, the more you can do to improve your health and live longer.  Ask your doctor, know your options, be an active partner in your health.

6 Responses to “Familial Hypercholesterolemia Is In The Genes: Do You Have It?”