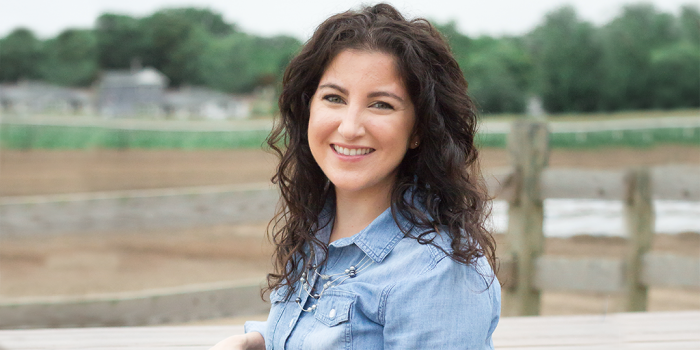 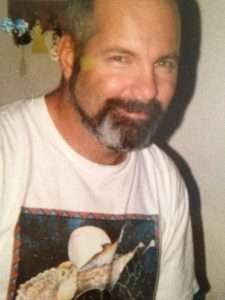 Looking back, it was a sunny day in July that would change my family’s lives forever.  My Dad had just returned to the house after going for a walk.  His face appeared pale, and he could not seem to catch his breath.  He had slight chest pains and mild back pains.  My mom thought it would be best to take him to the emergency room.

That day my father had his first heart attack at age 40. It would also be the same time that my father learned he had Type 2 Diabetes.  His blood work would show an elevated cholesterol level beyond what we thought was possible: with his cholesterol level in the 500s and triglycerides in the 1000s.  After countless tests and scans, it was determined that he had arterial blockages, and he underwent a triple bypass.

My twin sister and I were 5 years old.  I vaguely remember visiting my dad in the hospital.  Nervous and anxious to see him; to see the incision that would become a scar from just above the middle of his chest and travel downward.  The red heart pillow on the side of his bed that he was supposed to hug when he had to cough or sneeze.  The blue spirometer on the tray that he breathed into to help expand his lungs.  It was here that our road to discovery, understanding, and recovery began…

Before my father was discharged from the hospital, the doctor told my mom to do her best to follow the American Heart Association Diet and the American Diabetes Association Diet.  He wished us the best of luck and left us to our own devices.  My mom and dad were left with the overwhelming task of learning to decipher this information and to somehow implement the principles into our new normal.  This would not be an easy feat.  My father was an electrician by trade.  He worked in four different towns in New Jersey often awakening at 6:00am to start the day and coming back later in the afternoons.

Prior to his first heart attack, he did not have any signs or symptoms of heart disease or diabetes.  His family history, however, told another tale.  My grandfather had cardiovascular disease and three heart attacks prior to passing away at the age of 53, and my grandmother had Type 2 Diabetes and had had a stroke.  His diet consisted of high fat and sugary foods with most of his physical activity in the form of job inspections and a recreational bowling league.  As our family grew in understanding of cardiovascular disease and diabetes, so did my dad and mom’s curiosity about me and my sister’s cholesterol levels. 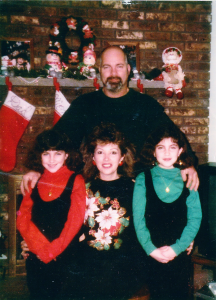 At five years old, my sister and I were diagnosed with elevated cholesterol in the 200s.  Together, as a family, we began to make healthier choices at home.  We adopted a low-fat lifestyle and added in fruits and vegetables.  We started becoming involved with sports at an early age to help us attempt to combat the elevating cholesterol levels.  Lecithin, plant sterols, and bran muffins became part of the norm.  We became more active as a family, going for walks after dinner or taking turns going for a bike ride with my dad.

10 years old.  We were spending the day on the beach in Long Beach Island, New Jersey.  Our family friends had traveled down for a few days, and my sister decided to go back to the house with my dad for a little bit.  The crashing waves could not drown the screams that were coming from my sister as she ran onto the beach saying Daddy had fainted.  My mom and I ran to find my Dad “coming to” and trying to prop himself up against a bench before the entrance to the beach.  Thinking it was a low blood sugar, someone had given him orange juice.  They had called 9-1-1 and within minutes, he was whisked away.  A week before his scheduled angioplasty, he had his second heart attack. 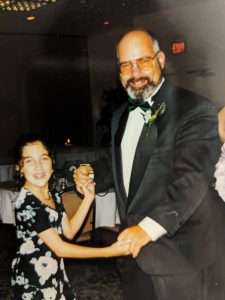 It would be a few years later when our primary care doctor recommended we see a clinical lipid specialist in New York.  He was knowledgeable and comprehensive in every way.  He was the first one who mentioned the name Familial Hypercholesterolemia to us.  We finally had an answer as to why our cholesterol levels were still increasing to the high 300s despite our healthy lifestyle and exercise habits.  We finally knew that this was an inherited genetic disorder which played a role in our elevated cholesterol levels and that FH gives us a predisposition to heart disease.  At 18 years old, we began taking a statin and continued on our journey towards optimizing our health and wellness.

It was because of my dad and mom’s persistence that helped my sister and I to discover FH and to start at an early age in the prevention of cardiovascular disease.  After 27 years of living with FH, I discovered the Family Heart Foundation.  The wealth of information, support, guidance, and research that the Foundation offers is indispensable and an asset to individuals living with or affected by FH.  It is critical to help the 90% of individuals living in the United States who remain undiagnosed and identify them before it may be too late.  I hope to join the Family Heart Foundation on their mission to help raise awareness and save lives.  My dad meant the world to me, and I hope to make his life my legacy by helping others discover and understand FH and to have more days living happier and healthier lives. 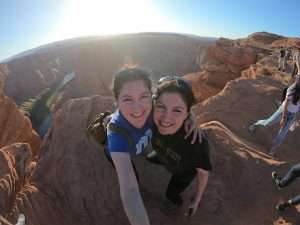