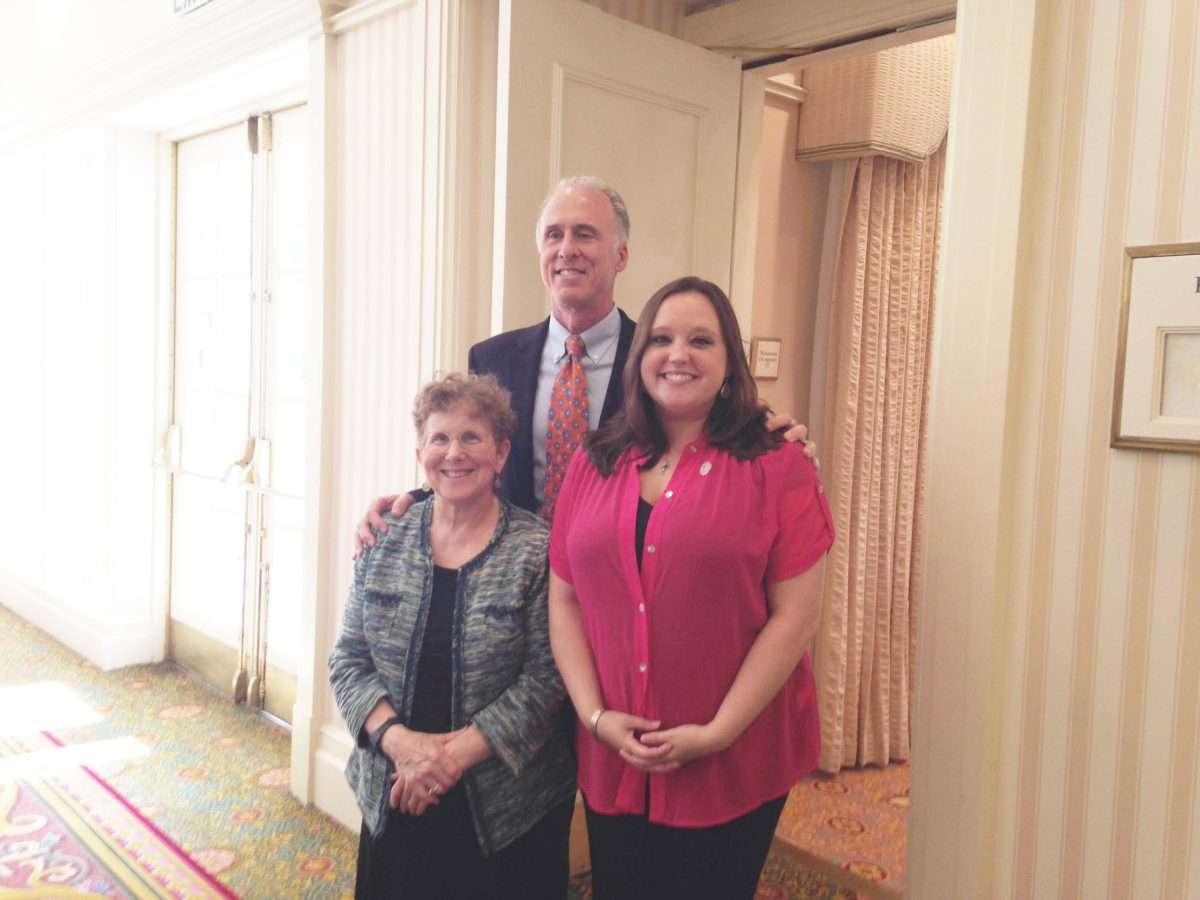 An engaged gathering of medical professionals met for the Florida Chapter of The American College of Cardiology’s continuing medical education series on FH last week.  This is the second in a series of eight CME lectures the ACC is offering across the U.S.

The morning began with Family Heart Foundation Advocate for Awareness Mackenzie Ames sharing her personal story as an introduction to FH.  Dr. Seth Baum and Dr. Anne Goldberg then took the stage with an in-depth lecture on treating and preventing FH. Read some of Mackenzie’s FH family story here:

“I found out I had high cholesterol when I was about 9 years old.  I remember the pediatrician talking to my mother and feeling very scared because my mom was crying. I had no idea what was going on, but when your mom is crying, you know it’s not good. You see, the whole family knew something was wrong – obviously a set of brothers don’t die of heart attacks at 30 because they liked bacon. We never knew more than that, though. We just accepted that this was part of our genes and prayed we didn’t pass it on. So when my mother found out she had passed it to me, it was an emotional moment.

My mother had her first procedure – an emergency quadruple bypass – when I was 14. She was 42. That was an eye opening and terrifying experience for the whole family. As a teenager I began mentally preparing myself to follow that same path. It seemed inevitable that one day I would have to have my chest cut open, too.

Figuring there was no way around it, I spent most of my adolescence and early twenties ignoring the problem altogether. If there was nothing I could do, why waste my time, energy and money? I had accepted that a heart attack would probably kill me in my forties, anyway.

Then, I got the opportunity of a lifetime – I landed a job traveling the world, working on cruise ships. The catch? I had to have a medical exam to be declared “fit for duty.” Another trip to the doctor. I went in with so much hesitation, but I had no idea this doctor was going to change my life. He looked up and down my chart, looked at me and said, “Well, you have familial hypercholesterolemia.” I never even knew it had a name.

When I was first diagnosed, obviously I went home and Googled FH. I was brought to the Family Heart Foundation’s website and life has never been the same. I found my current doctor through this site and I am proud to say because of him my cholesterol is at a healthy level for the first time in my life. the Family Heart Foundation helps people find medical care, positive information, and gives them a place to share their experiences with others dealing with FH.

Now I know more and this makes me a better patient.”

Many thanks to the American College of Cardiology and Drs. Baum and Goldberg for the opportunity to raise awareness of FH together.