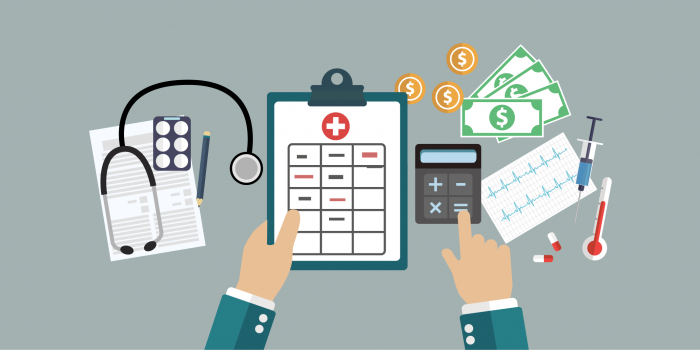 Affordable prescription drugs are necessary so individuals can benefit from advances in medicine to treat conditions such as familial hypercholesterolemia. Medical research and innovation make it possible to actually prevent or delay heart disease in people born with FH. All it takes is early diagnosis and treatment.  But can patients afford the treatment? 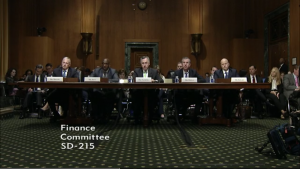 In the case of PCSK9 inhibitors (PCSK9is), the first step has been taken, but many plans and PBMs have yet to take the second step. The reasons why are complicated and point to the need for more transparency in our healthcare system.

The US Senate Finance Committee held a hearing on April 9 aptly named “Drug Pricing in America: A Prescription for Change Part III.” the Family Heart Foundation attended the hearing because we have been advocating for changes to the pricing and rebate system.

The Senators heard from the leadership of Pharmacy Benefit Managers (PBMs) Cigna, OptumRx, Prime Therapeutics, CVS, and Humana. They asked them to explain their role in the prescription drug delivery system and questioned them about some of the incentives in the system that seem to work against Americans who require prescription drugs to treat chronic conditions, like FH.

The role of PBMs is to manage the prescription drug benefit for insurance plans, including Medicare. PBMs negotiate rebates and discounts on prescription drugs with pharmaceutical companies on behalf of health insurance plans, and to help determine what drugs are covered under those plans, based on clinical effectiveness and cost. They also coordinate care, manage drug utilization, and institute drug adherence programs.

Several Senators, including Senator Wyden (OR) and Senator Menendez (NJ) asked specifically about an issue that directly affects those with FH – why are some patients paying a higher price for PCSK9 inhibitors (PCSK9is), when a lower price is available?

When PCSK9is (Repatha and Praluent)t were approved by the Food and Drug Administration (FDA) as a new class of cholesterol-lowering drugs to treat FH in 2015, the Family Heart Foundation was hopeful that these therapies would help prevent heart disease in people with FH. But the initial price of PCSK9is was high. Doctors and patients balked at the price. PBMs and insurance plans restricted access, citing the high cost. Many patients walked away at the pharmacy counter due to high out-of-pocket costs.

However, when the price dropped by 60% at the end of 2018, for most patients, nothing changed.

In fact, the drug makers did not just offer a bigger rebate, they actually lowered the list price. Exactly what the Administration, Congress and the American people have asked for – lower drug prices and price transparency. 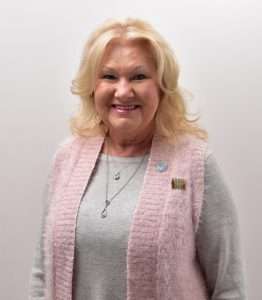 Take Debbie Hileman, an office administrator from Grand Tower, IL. Debbie had coronary artery bypass surgery at age 57, caused by FH. She has already lost 2 of her 4 sisters to FH. As Debbie told us, she is not ready to die.

For people with FH, lifelong treatment to lower LDL cholesterol is essential, and critical for someone like Debbie who already has heart disease. The first line of treatment is a generic statin, but that was not enough for Debbie. Even on a statin, her LDL cholesterol is over 400 mg/dL – more than five times the recommended level. Her doctor prescribed a PCSK9i to help her reach her treatment goal and hopefully prevent a heart attack.

When Debbie asked the Family Heart Foundation for help in January, her PCSK9i cost her $460.58 per month out-of-pocket on her Medicare Part D plan – about 40% of the higher list price. That is unaffordable. It is also just $330 a year short of the total cost at the lower price. It seems Debbie was subsidizing her plan, which was also receiving a rebate from the drug manufacturer.

We began speaking to everyone involved to understand how it could be that Debbie was not getting the lower price that had been available for months.

Based on what we learned, Debbie went to her pharmacy with the new NDC and asked for the lower priced version of the drug. In one hour, Debbie successfully lowered her monthly out-of-pocket expense to $118. (A list of the new NCD codes are here.

It is baffling that the lower price is not automatically and expeditiously adopted for all.

the Family Heart Foundation has learned that it takes more than lower drug prices to lower costs for patients. The Senate Finance Committee hearing revealed some of the reasons why.

We need the entire convoluted prescription drug delivery system to take action now to adopt the lower price PCSK9is and reduce the out-of-pocket costs for FH patients. This includes pharmaceutical companies, pharmacies, PBMs, wholesalers, insurance plans, and the employers who pay for these plans. We are also asking Members of Congress and the Department of Health and Human Services, including the Centers for Medicare and Medicaid Services, to take action to make sure all patients benefit as soon as possible from the lowest available list price for prescription drugs in the form of affordable out-of-pocket costs. Individuals with FH can’t wait – we need action now.

2 Responses to “Why are FH patients paying a higher price for PCSK9 inhibitor treatment when a lower price is available, and what can we do about it?”