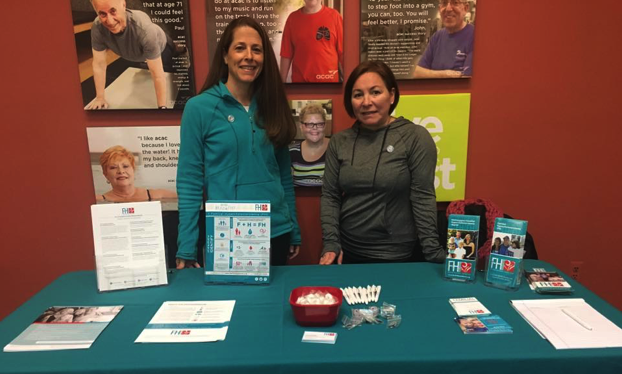 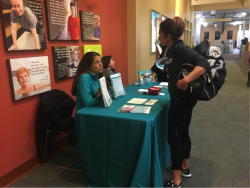 In recognition of Heart Month, two FH Advocates for Awareness, hit the gym. But this time, not to work out but to spread awareness of familial hypercholesterolemia (FH). Gwynne and Mel spent the morning sharing information about FH with their fellow health club members in West Chester, PA. As FH is very common, it was not surprising to learn that they connected with at least six people who already knew they had FH. What was surprising? Unfortunately, some of those individuals with FH were unaware that they should have their children screened. FH is an autosomal dominant genetic disorder – that means that each first degree relative has a 50% of inheriting FH. It is why the Family Heart Foundation is working to raise awareness of the importance of family screening for FH. In fact, the CDC recommends FH as a tier-one genomic application for cascade screening. Thanks to our Advocates, at least six FH families were educated on how to be more proactive in managing their FH through the Family Heart Foundation. A few other gym members even were motivated to get their blood work done!

“Everyone that stopped by the table seemed healthy and fit. It just goes to show how invisible this genetic disorder is.”

Thanks Gwynne and Mel for your hard work! If you are interested in getting involved with the Family Heart Foundation and helping us make FH visible you can email us at info@thefhfoundation.org or get involved here.