Genes are the basis of heredity. They are inherited from our parents and make up who we are, what we look like, and serve the all-important purpose of holding our DNA. There are times when a human has genes that are mutated or missing from their make-up altogether. In such cases, the missing or abnormal genes can cause a human genetic disorder.

There are three types of different genetic disorders that can occur in the human body:

Chromosomes are the structures in our bodies that hold our genes. Chromosomal disorders are a type of human genetic disorder that results from abnormalities in a chromosome or errors in the numbers of chromosomes an individual has. One in 150 babies is born with a chromosomal disorder, and the disorder occurs from an abnormality that happens when the egg or sperm cell was developing.

Most genetic disorders are considered to be complex disorders or multifactorial disorders. This means that the disorders present do not always follow the same pattern as disorders that affect only a single gene and are commonly the result of both inherited genes and environmental factors. A person has a higher chance of having a complex disorder if a close relative has that particular disorder or if it runs in the family. There are countless different complex disorders with Alzheimer’s, Parkinson’s, asthma, and spina bifida being some of the disorders among them. 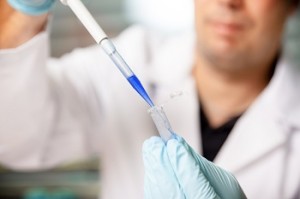 Parents are able to opt to test their unborn child for some genetic disorders while they are still in the womb, but not all babies are tested prenatally for genetic disorders. Newborns are tested for a range of genetic disorders almost immediately after birth.  It helps to identify these disorders early, as some can be treated early in life. In addition, if there is a history of a genetic disorder in the family, many people choose to be tested to see if they are carriers of certain gene mutations.

Diagnostic testing is used to diagnose a possible or suspected human genetic disorder. These tests can be administered at any point in a person’s life and are usually given if physical symptoms of a disorder are present.