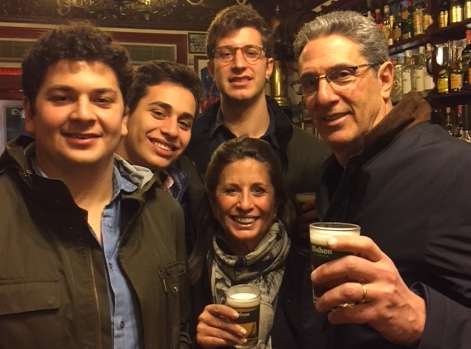 written by: Stacey, Family Heart Foundation board member and living with FH
I am so very, very lucky!

Imagine 49 years ago being 6 years old and learning that your father has died.

Imagine finding out that you and your only sibling have the same disease that killed him and that there is no treatment.

And imagine living with the knowledge that, without medical intervention, someday the same fate will befall you and most likely your children.

That was precisely my situation when I was diagnosed as having “family high cholesterol” in the mid 1960’s. You see, my FH story is far from the typical one. Unlike the over 600,000 Americans who remain undiagnosed, I have been aware that I have a cholesterol disorder for just about half a century. But at the time, the condition had no name and definitely no treatment.

That is why this week has been such an exciting one for me and my family. Despite having the same genetic mutation that lead to my father’s death, I can say for the first time in my life that my two affected children and I are going to be OK – and that makes me extraordinarily lucky!

Over the last 49 years I have had the privilege of having a front row seat to what I like to call “the cholesterol show”. I’ve been able to watch as familial hypercholesterolemia was first identified and then have had the honor of observing the profound advancement of scientific knowledge in the understanding of cholesterol metabolism. I have been able to watch as treatments to lower my dangerously elevated LDL levels slowly have been made available and have gradually become more effective – starting with bile acid sequestrants, followed by statins, and ezetimide, culminating with the approval this week of the first PCSK9 inhibitor drug. I have been able to watch as the odds of me living into old age have gone from slim to being about equal to that of the general population. – and this was something that I never thought was possible.

For the first time in my life I can say that the overwhelming guilt and the overwhelming fear that results from having FH is finally in my past. The future for those afflicted in my family and for generations going forward looks extremely bright despite this life threatening genetic disorder. And for that I am extremely grateful for the scientific progress that has been made in my lifetime – I am so very very lucky!