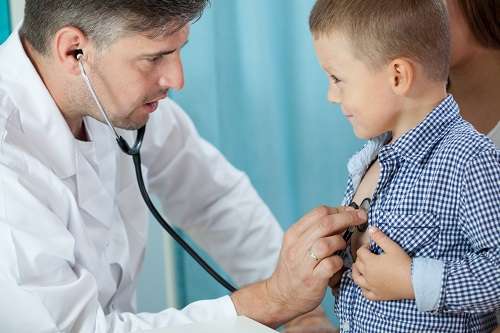 The results of the IMPROVE-IT trial were finally revealed this November during the American Heart Association (AHA) Scientific Sessions in Chicago. The trial itself remains highly controversial, and its long- awaited results may set precedence for new therapies in the future and possibly even changes to the clinical guideline recommendations.

So what does this mean for people affected with Familial Hypercholesterolemia (FH)? Many individuals affected with the disorder are prescribed multiple drugs just in hopes to get their LDL levels below 200 mg/dL (according to the Mayo Clinic, an LDL-C measurement of below 70 mg/dL is considered ideal for patients at very high risk of heart). From this study, evidence shows that FH patients may not only cut their cholesterol levels, but also lower their lifetime exposure for high LDL levels and lower their risk for cardiovascular events—beyond using statins alone. According to the study, the lower the LDL levels, the better.

Cardiovascular prevention has, in the past, mainly involved the process of lowering LDL cholesterol (LDL-C). Statins are a class of drugs that lower cholesterol levels, and numerous established trials have shown statins reduce morbidity and mortality from cardiovascular events. AHA/ACC Guidelines emphasize the use of statin therapy. Additionally, there have been no lipid-modifying therapies included with statin that demonstrate clinical benefit until the IMPROVE-IT study.

Ezetimibe is a non-statin agent that blocks cholesterol absorption in the small intestine, which in turn increases LDL-cholesterol receptors in the liver. Though a successful drug with regards to worldwide sales, ezetimibe’s reputation has been surrounded with controversy—the ENHANCE trial, which compared the effect of ezetimibe with simvastatin versus simvastatin alone in patients with heterozygous FH, found no significant positive effects of the drug. The ENHANCE trial itself is controversial due to a delayment of its results. As of mid-2014, the AHA and ACC do not recognize nor recommend the use of non-statin cholesterol lowering drugs like ezetimibe. This has made access to drugs such as Zetia (ezetimibe), difficult for FH patients.

The IMProved Reduction of Outcomes: Vytorin Efficacy International Trial (IMPROVE-IT) is a randomized control study established to examine the clinical benefit and safety of Vytorin (ezetimibe/simvastatin) versus simvastatin alone in high-risk patients with post acute coronary syndrome. Additional study goals included determining if lowering LDL-C with the non-statin agent ezetimibe would reduce cardiac events, and if “even lower” LDL-C levels are “even better.”

Though further studies need to be conducted for more insight and evidence, the study provides evidence that adding a non-statin medication on top of statin can provide additional medical benefit. This significant study will set precedence for new, non-statin therapies, further evidence-based medication, and possibly bring up the need to update the statin-centric AHA/ACC prevention guidelines.