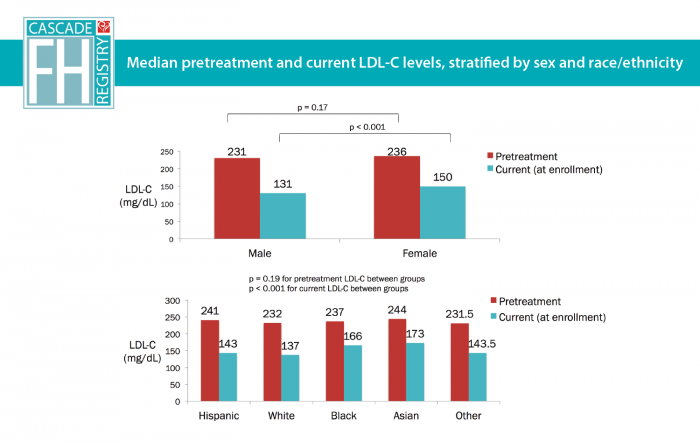 Blacks were diagnosed with FH at older ages than any other race/ethnicity. Asians and Blacks were 30-50% less likely than Whites to achieve adequate LDL-C reduction.

“Individuals with familial hypercholesterolemia are at an extremely high risk for heart disease during the prime of their lives if left untreated, and yet, they continue to be vastly under-diagnosed. The national CASACADE FH Registry demonstrates that women, Blacks and Asians living with FH are treated later and less effectively than their White male counterparts,” said Katherine Wilemon, Founder and CEO of the Family Heart Foundation. “We need to rigorously study these groups and develop evidence-based strategies to drive improved care for all individuals with this life-threatening genetic condition.”