Familial hypercholesterolemia, or FH, is a genetic disorder that affects the body’s ability to manage LDL-C.  So what is LDL-C?  Colloquially, LDL-C is known as “bad cholesterol,” and as you probably know, having too much of it puts you at risk for severe cardiovascular problems. 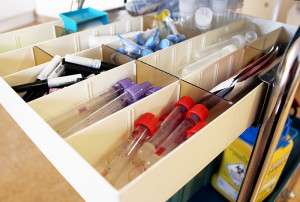 LDL-C stands for Low Density Lipoprotein Cholesterol, a type of fatty substance found in the blood. While its counterpart, HDL-C (High Density Lipoprotein Cholesterol), is associated with lower risk of heart disease, high LDL-C is considered a major risk factor for heart disease. Cholesterol circulates through the bloodstream and provides a necessary component for the function and structure of cells. However, LDL-C tends to deposit in the walls of arteries, leading to plaque buildup in the artery wall, eventually blocking the artery. Plaque buildups can lead to heart attacks and dangerous blood clots.

It’s recommended that adults get their cholesterol tested every five years. A simple blood test can tell you your levels forLDL-C, HDL-C, Triglycerides, and Total Cholesterol in the blood, measured in milligrams per deciliter. If your LDL-C comes back at less than 100 mg/dL, your cholesterol is in optimal condition, while 100-129 mg/dL is near optimal. At 130 mg/dL, doctors consider your cholesterol to be borderline high, while at 160 mg/dL, it is considered high. LDL-C of 190 and above is considered Very High Risk.

Because FH affects the body’s ability to process LDL-C, it’s not surprising that one of the first signs of FH is elevated LDL-C levels. In adults, an LDL-C level of 190 mg/dL or higher is one sign that may lead your doctor to consider whether you have FH. For children, an LDL-C of 160 mg/dL or higher is generally considered to indicate possible FH, if there is a family history. Cholesterol tests should also show elevated levels of Total Cholesterol, because LDL-C makes up a large portion of that score, but people with the FH genetic disorder should show normal Triglyceride levels. 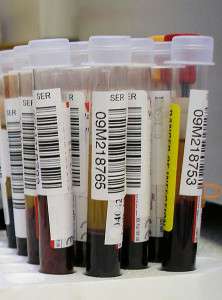 If your test comes back with concerningly high LDL-C levels, your doctor may want to pursue further tests to investigate how your body handles this type of cholesterol. Studies of cells called fibroblasts provide additional information about LDL processing, and genetic testing can often show if you have the FH gene mutation. Once one person is diagnosed with FH, cascade screening should be done to determine if other family members have the disorder. FH is genetically inherited and autosomally dominant, so anyone who has it is guaranteed to have at least one parent who also has it, and other relatives are at risk as well.

the Family Heart Foundation is the only organization in the United States dedicated to raising awareness of FH. FH is a common genetic disorder, estimated to occur in 1 of every 500 (potentially 1 in 250) people worldwide, but the vast majority remain undiagnosed and at risk for serious complications such as premature heart disease. For more information or to find out how you can get involved, visit the Family Heart Foundation today.