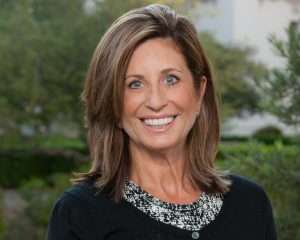 Pretreatment LDL 375… Check Tendon xanthomas… Check Corneal arcus… Check Parent with a heart attack at 36… Check Genetic testing with a positive finding of a pathogenic FH mutation… Check No matter how you slice it, under any set of criteria, I have FH – a genetic mutation causing soaring LDL levels unrelated to diet and lifestyle. Those of us with FH have a 20 times greater lifetime risk of having a heart attack or stroke which often strikes in the prime of life, devastating families generation after generation. That is certainly true in my case, as heart disease killed my father when I was just six years old and my brother was three. Some people like to say that I have drawn the short straw in the genetic lottery. Although taken at face value that may be true, my story actually has a happy ending since unlike many or most potentially fatal genetic conditions FH is now treatable. With early diagnosis and aggressive pharmacological management, FH patients can expect to lead long lives without the paralyzing fear that often accompanies having a genetic mutation associated with a life threatening disease. But that can only happen if those of us with FH have access to the medications that we so desperately need. In the last few decades amazingly effective medications have become available that can change the course of a family’s life and break the cycle of early death from heart disease. FH is a very heterogeneous disorder that varies in severity from person to person. Most of us need more than one medication to bring our LDL levels to normal and some individuals, including myself, need a cocktail of different drugs to treat the condition– and here is where things become complicated. FH patients are lucky since there are effective and safe therapies available to lower LDL-C, which is the main driver of our premature heart disease, yet most of us are finding that getting these medications is quite difficult. Payers are putting unreasonable hurdles in front of patients and their physicians in an effort to limit access to the drugs that we so desperately need. My experience in getting approval for one of my medications, a PCSK9 inhibitor, is a case in point. I have a form of FH that is not sufficiently controlled with a combination of the more conventional medications that are generally used (statins, ezetimide, bile acid sequestrantsand niacin), and this new treatment when added to the other drugs I take enables me, for the first time in my life, to have a cholesterol level that is recommended for someone with my condition. Only with such LDL – C levels can my risk of having a heart attack or needing a stent or bypass surgery approach that of the general public. But let’s be honest – although enormously effective, these new drugs are expensive and I will likely have to take them for the rest of my life. Yet although I meet all the criteria described in the guidelines issued by my insurance company and the FDA has approved the use of PCSK-9 inhibitors as a treatment for FH patients due to our high risk status, I had nearly an impossible time gaining coverage. It took my doctor completing a very long and detailed form, the submission of 30 years of lab records and over 16 separate phone calls for me to obtain prior authorization for this therapy. Interestingly, I was never denied coverage outright. Instead, the payer fought a war of attrition – putting more and more unreasonable obstacles in our way with the hope that either I or my physician would give up. As an example, at one point, the authorization forms were deemed incomplete because “the information submitted did not meet the criteria necessary” despite my physician sending documentation of my FH going back to 1985. Finally – after two separate peer-to-peer reviews and a long and hard fought “battle” we won the “war” and I received approval for the drug. Most FH patients and their physicians do not have the knowledge, the access,or the time to devote to jumping the hurdles that insurers have used as barriers to access to care. At the Family Heart Foundation we have heard story after story of patients being denied needed therapies, ranging from being limited to less effective statins, having exorbitant co-pays for other drugs, being denied approval for non-pharmacological treatments such as apheresis, or having coverage refused for the expensive drugs which are necessary to keep homozygous patients (the most severely impactedindividuals in the FH community) alive. Although the story of FH should be a triumph of the human capacity to prevent disease and death, it has been a tragic story of missed opportunities – widespread lack of diagnosis and now lack of access to much needed care. What good is the development of new lifesaving therapies if patients can’t receive them? By Stacey Lane