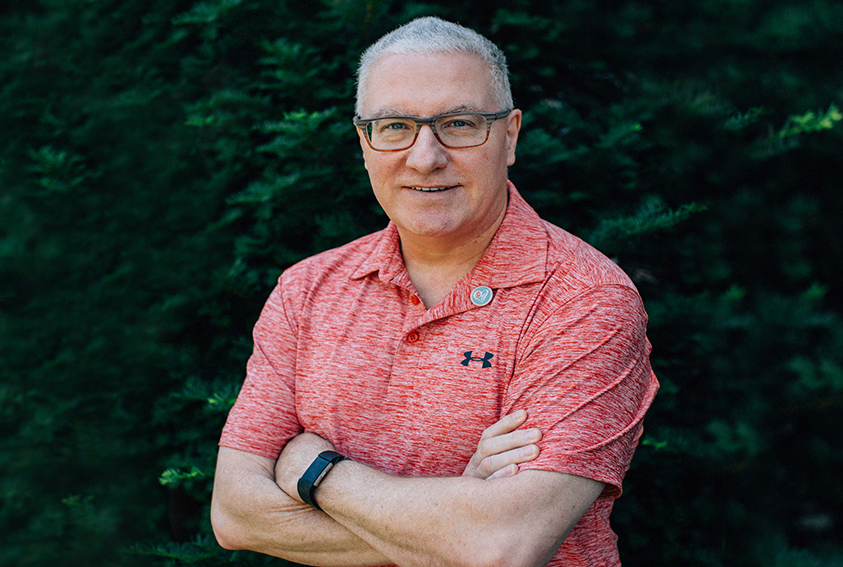 the Family Heart Foundation making September their month for the #Race4FH could not have been more perfectly timed for me! On September 29th 2016, I suffered a severe heart attack and needed six stents placed in my heart to open up the blood flow. Since then I’ve been motivated to change my lifestyle, get healthy, and raise awareness on all platforms to help others avoid a heart attack or stroke by managing their cholesterol.

Last year, I could not walk a flight of stairs…Fast forward 365 days and I have completed four 5Ks by September 29th, 2017 for the #Race4FH. Raising awareness and funds to help support the amazing work the Family Heart Foundation has become a passion of mine because I’ve found a new family, support network, and friends for life. The journey continues everyday for so many battling the effects of FH on their families and the scary fact that millions have no idea they have FH is why we need to have our voices heard. I’m proud to be part of a team that is inspired and dedicated to helping others. Together we must “Keep the Focus and Finish Strong!” #KnowFH #Race4FH

I was never formally diagnosed with familial hypercholesterolemia (FH). Although, I had high blood pressure and high cholesterol at 19 years old, I was never treated. Doctors thought I was healthy and fit, so no drugs needed. This was back in the mid-1980s, when I was a young indestructible, fit military man. At 19, I wouldn’t have wanted to be on meds even if I was offered. In fact, I was 36 years old before the doctors finally put me on high blood pressure meds and statins for my cholesterol.

I had known about my family history of early heart attacks and strokes for many years. I still ignored my potential risks, even after my mom had a stroke, and then a heart attack took her life at just 54 years old . I had these meds, and if I took them, I can eat what I want, right? Wrong! I ran most of my life, was fit and strong, and was never admitted to the hospital. Then my heart attack at 53 shocked me into reality.

Untreated FH almost had deadly consequences for me! My Silent Heart Attack on September 2016

Walking into work I was out of breath and sweating. After lunch, I had stomach cramps, nausea, back, and stomach pain. My blood pressure was at a dangerously high level of 186/100. I thought about a visit to the emergency room, but decided they would write it off as food poisoning. When I finally did see a doctor, he thought I had experienced food poisoning as well. My EKG reading was normal, but my blood pressure was still 172/100. I was referred to a cardiologist because of my family history with heart attacks. I did some research on food poisoning and found out about the “silent heart attack.” The symptoms are exactly the same as food poisoning, but instead of the normal chest pains, the pains are felt somewhere else in the body. For me, it was my back pain like the pain.

The cardiologist conducted a stress test but stopped the test within the first 2 minutes. My EKG was going crazy, so I was injected with drugs to simulate the heart under stress. They took pictures to examine blood flow in the arteries. They confirmed that the reading showed I had signs of already having a heart attack! The nurse told me the doctor suggested I take a baby aspirin daily, workout, and lose weight! I said no! I want to speak to the doctor in person! Two days later I told the doctor the heart attack happened on Sept 29th and three weeks later I’ve still had not recovered my strength. He brought in a cardiac surgeon to hear my story and check the results.

Based on how I felt and my family history, the surgeon agreed I should have cardiac catheterization to see if I had any more blockages in my arteries. In fact, they discovered that one of my arteries was 100% blocked and the cardiologist was amazed I survived 30 days with a blockage that normally kills most people. He found 5 other areas of my arteries that where 80% blocked. I was literally running on empty and didn’t realize it. It took two surgeries and 6 stents placed in my arteries to clear up the blockages. Normally, when an area is 100% blocked for more than 24 hours the heart muscle is irreversibly damaged. Miraculously, I had no permanent heart damage.

My advice to you

Listen to your body! If you have the type of symptoms I experienced don’t tough it out! Go to the ER immediately. If you have more than two family members with a history of stroke or heart attacks, your risk is higher. But, you can mitigate the risks by eating right, exercising more, and controlling your weight. Make fresh foods, more fruits, vegetables, fish, or chicken. Be your own advocate for your health! If your doctor does not agree to do the test you believe are in your best interest; get a new doctor! If I had taken the doctor’s advice and only taken baby aspirin, I would be dead today. I knew something was seriously wrong and I pushed the issue until the doctor listened. If you have familial hypercholesterolemia diagnosis and treatment, follow the lifestyle changes your doctor recommends.

The Impact FH has on my family now is huge!

I nearly died because of the old adage: Ignorance is Bliss! My oldest daughter is 27 and pregnant with my grandbaby. She has both high blood pressure and high cholesterol issues, but her doctor didn’t want to treat her. I demanded she get a new doctor and as a result, she is now being treated as a high-risk patient. I don’t want her or anyone else to learn the hard way. Early diagnosis and treatment of FH can give those affected a fighting chance at a normal life.

In addition to following the appropriate treatment for FH, my wife and I have completely changed our diet to mostly vegan with some animal protein. I’ve lost 33 pounds, 5 inches off my waist and dropped 2 shirt sizes in 245 days. On the 2nd day of my recovery I signed myself and my wife up for a 5K run. The doctor cleared me to start rehab and exercise two weeks later. I started walking and slowly jogging as much as I could. On 29 Jan 2017, exactly 120 after my heart attack I completed the 5K with a personal best time. We’ve now completed four 5Ks and a 5 Mile race together in 2017. Each race has been a personal best! I’m stronger, faster, and lighter than I was before. I want to promote hope amongst those who feel hopeless! I’m inspired to help the Family Heart Foundation raise awareness and promote affordable access to healthcare and medicines that can save lives!