Familial Hypercholesterolemia can have devastating consequences – stealing people away from the people who love them. Today, we are honored to share this story from community member April Irene Donelson. April lost her fiancée to a sudden heart attack just months before they were to be married. In so many ways, their heartbreaking story demonstrates exactly why FH Can’t Wait. Familial Hypercholesterolemia can’t wait for diagnosis and it can’t wait for treatment. 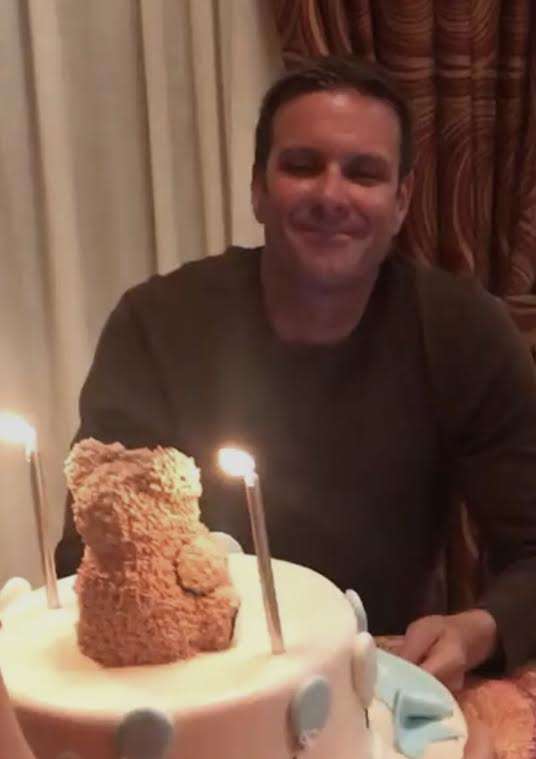 Ryan Carrigan was 6’2” and 225, with a smile and laugh that echoed through any room. He was handsome, kind, caring, intelligent, and a gentleman. Ryan was loved by all who knew him. He was a gentle giant, a real-life Teddy Bear, earning him his nickname, Huggy Bear.

Ryan led his life with honor, integrity, and love. He was the best person anyone could ever hope to be. I pray to be as good as he was.

Walking into a gym on summer vacation from Florida State University in 2001, I spotted Ryan across the room. I thought he was the most beautiful man I had ever seen. When I found out he was seven years older than I was, I first decided this was an absolute no-go.

But then … after many jokes and hours of conversation that went on until the gym closed… we ended up dating the entire summer. I went home and told my mother I had met the man I was going to marry someday, but not until after I graduated college and established a career. I wanted to have time to become an incredible woman who was an asset to a marriage and family.

Seventeen years later, Ryan and I had everything anyone could ever dream of having in a relationship. We were a true partnership and we cherished what we had – one of the greatest rarities in the world: true love.

Our last two years together, were like out of a dream.  We had plans to be married and to start on our family before the year ended. He wanted our forever.

What neither of us knew was that a silent killer was closing in on him. Each trip to the beach, each cozy at-home dinner, each night we stayed up talking, was close to our last.

Our world and dreams for our future came to an end on the night of June 29th. 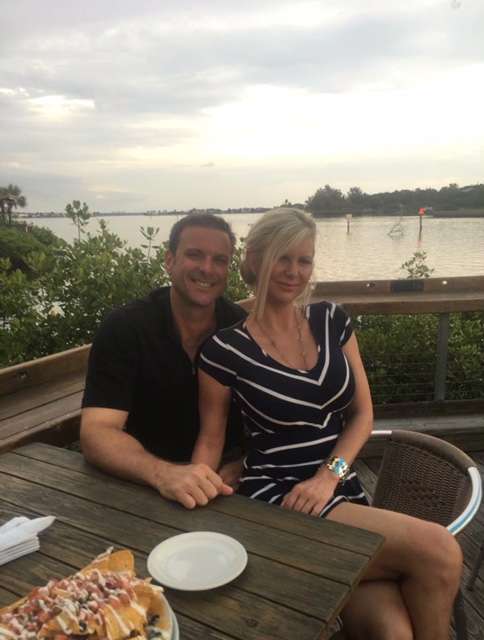 Ryan had Familial Hypercholesterolemia, a genetic condition I do not believe he ever fully understood. He also never shared he had this … or the history of early deaths, premature heart attacks, heart failure, and high blood pressure that prominently ran down his mother’s side of the family.

He worked out every day, and was extremely particular in his diet. Ryan was living the healthiest of lives.

I later learned that at one time he had been on high blood pressure medicine, that he had stopped taking. And I did remember seeing bottles of Lipitor (a cholesterol-lowering medication) in a medicine cabinet, but he had stopped taking these as well. When I asked him about it, he shrugged it off. “It’s expensive. I don’t need it.”

I do not believe he understood that with FH – looking like the picture of health, working out daily, and being particular with diet – had no effect on his genetic predisposition. He didn’t want to take medicine and preferred to be natural. He didn’t understand that only medications and lifelong treatment would have made a difference. 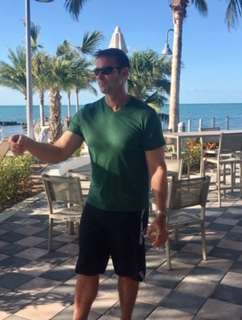 In Ryan's case, while he worked out, lived a life of love, goodness, and purity, atherosclerotic and hypertensive heart disease had taken over his body. And it had gone unchecked. The picture of health, Ryan hadn’t been for a checkup in two years.

What heart disease and FH were doing to his body and heart is incomprehensible.

After he died, we learned his heart was all but destroyed: double the size it should have been. On the left side, all vessels and arteries were nearly completely blocked and calcified. On the right side of his heart, 50% were blocked. The autopsy report showed that he had damage from several heart attacks that he never knew he had had. His liver was double the size it should have been. He had damage in his lungs and had a mild blockage in his brain. It turns out he was in heart failure for at least the final month of his life.

He was so full of energy each day. He came home to make world-class dinners. He worked out seven days a week. He glowed of health. Never in a million years would he have ever believed anything like this could have happened to him.

In the last year of his life, he did experience symptoms, none of which he thought were related to his heart. He had cramping in his calf muscle that he would attribute to the wrong brand of shoes. That cramping changed his routine of running daily to long bike rides instead. He had jaw pain and tooth aches that he attributed to an infected cap, even though antibiotics didn’t seem to fix it. He was exceptionally sore in his neck, back, and shoulders – that he attributed to his daily workouts. He felt like he was coming down with the flu a few mornings … but that would subside and he would end his day in the gym, racing around full throttle, with the energy of a young man. He had hidden heartburn medicine everywhere , hiding the fact that he was taking it. 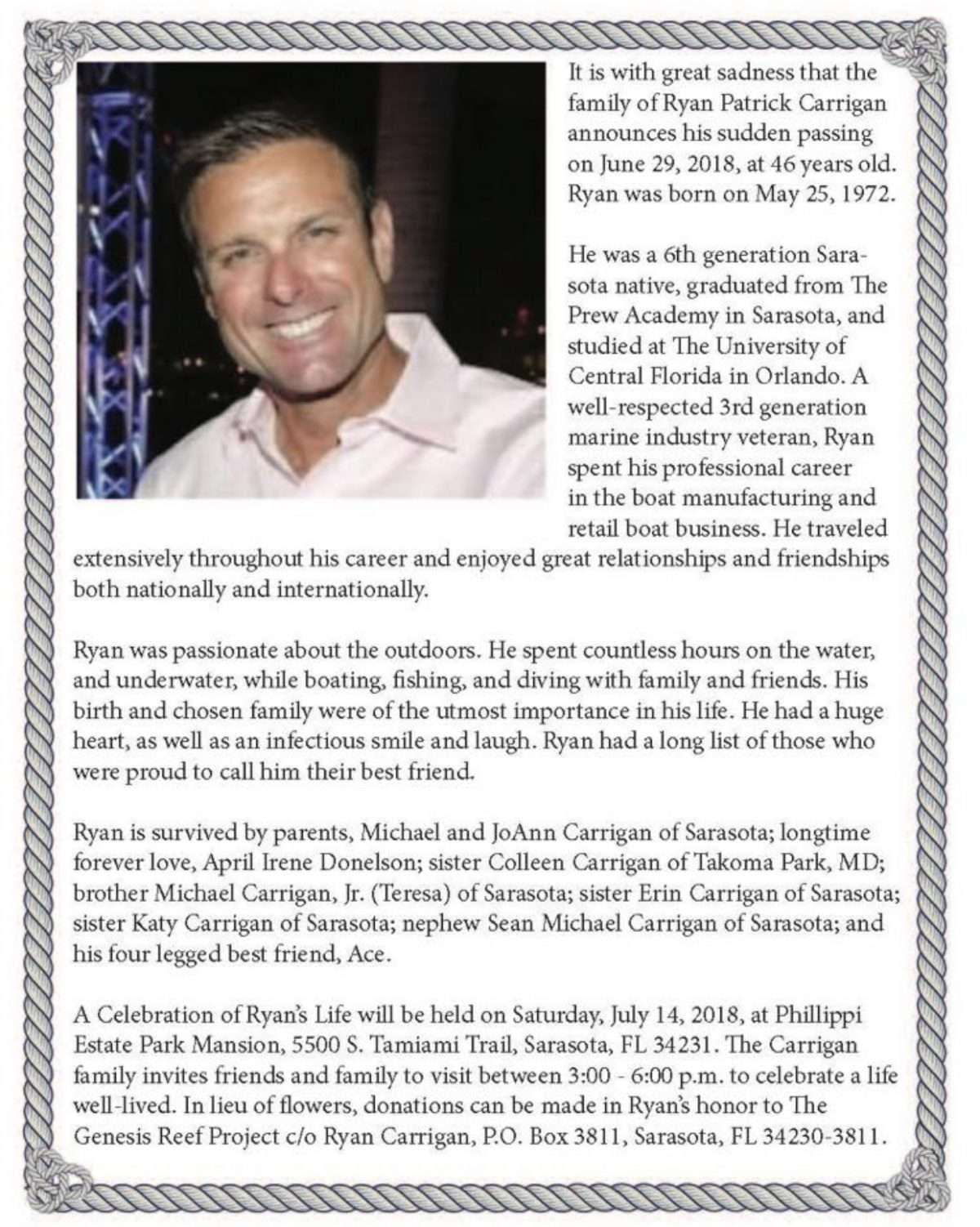 In his final week he began to deteriorate. At lunch with a co-worker, he felt so nauseous he didn’t order a meal. That was the first instance in nearly seventeen years of knowing him - in sickness and in health - I had ever heard of him declining a meal. He was sweating, and he said his chest felt tight. His co-worker grew concerned. Ryan laughed, and joked that he had been working out too hard that week and probably needed to cut back. He finished his day.

That night he was his usual busy self, in the gym, cooking dinner, and racing around playing practical jokes. In his final ten minutes I spoke to him on the phone on my way home.  He told me he had tightness in his chest while on the treadmill and his back and chest were feeling tight. I told him to go to hospital across the street, but he declined saying he was resting and would see me when I got home. Later I found his search history on the phone, and discovered he had been looking at symptoms of a heart attack and also for generalized anxiety disorder. He had an upcoming work trip to Germany and I believe he had settled on the fact that he was nervous about this, and that it wasn't a heart attack.

By the time I got home, we just had a few minutes left. What would have been our typical Friday evening of Ryan cooking dinner, ended with Ryan dying in my arms as I dialed 911. Attempts to resuscitate him failed as the damage done to his body was just too great to overcome.

The love of my life was gone in a matter of minutes. 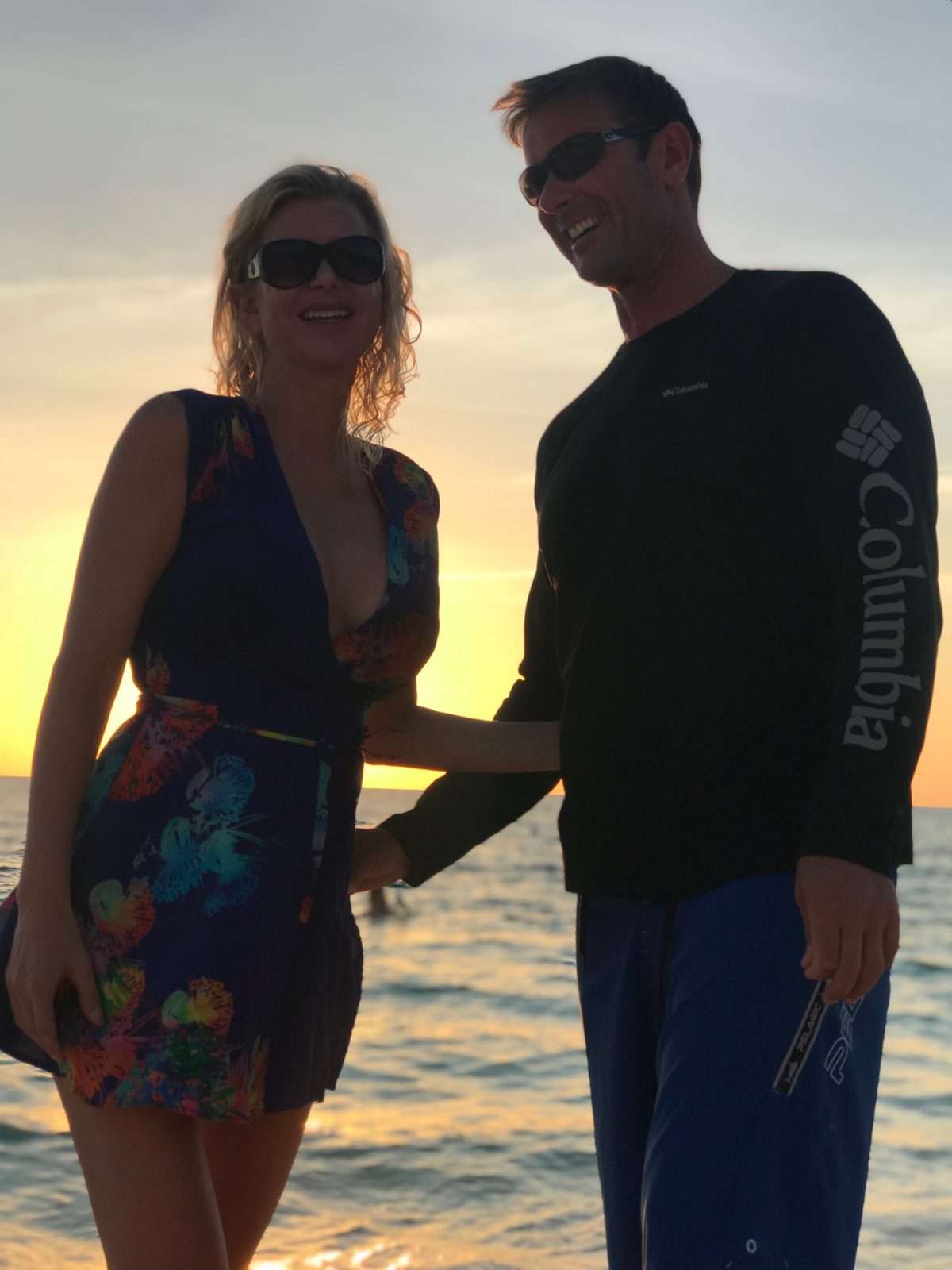 Heart Disease is the #1 Killer of Men and Women in the United States and FH is the most common genetic cause of deadly heart disease.

FH is a Life Threatening Condition that requires early diagnosis and lifelong management including daily medications and monitoring. Please learn from our story. It may seem simple, but a daily pill, even if you look and feel fine, may be what saves your life.

Ryan would want me to share our story to save other people’s lives.

And that is my prayer. Please share this story to help answer my prayer. 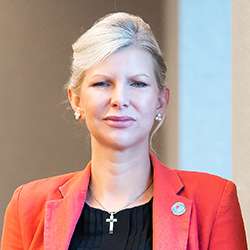