Susan Riley’s personal journey with elevated Lipoprotein(a), or Lp(a), has just begun, but her immediate family’s been living with it for years.

Riley got her own Lp(a) test results back recently – just in time for the first-ever Lipoprotein(a) Awareness Day. She was surprised to learn her levels were high, but hopes to use this knowledge as an opportunity to share her story and inspire others to get their Lp(a) checked.

“My journey with Lp(a) is a long and winding one.” 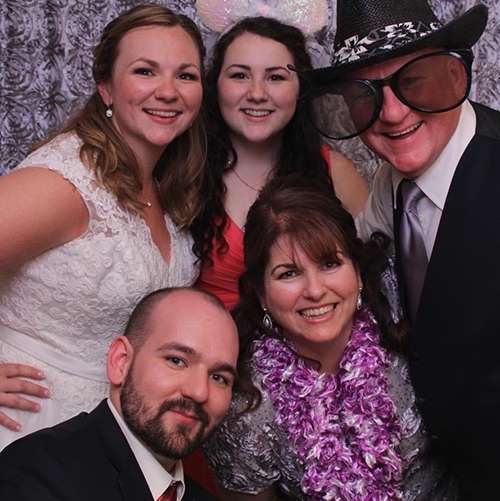 “After he had the stents put in, we took on a healthier heart-based diet – no egg, no sugar, no milk,” says Riley, “but within five or six years he had to have another stent.”

When her husband had his third hospital visit, his cardiologist began saying something just wasn’t right. He decided to refer him to a lipid specialist who tested Riley’s husband’s Lipoprotein(a). The results showed elevated levels. “The doctor said it was no surprise because of how my husband was presenting,” says Riley.

This prompted the Riley children to have their Lp(a) tested, and two out of three of them came back with elevated levels. 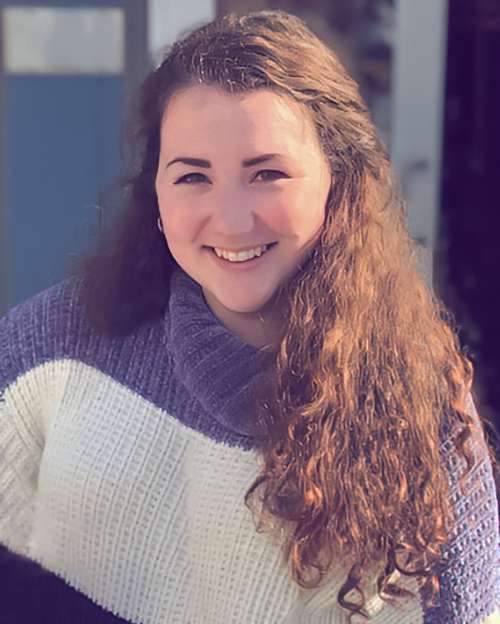 Catherine Riley was a healthy young woman who loved to run. “She didn’t have to win,” says Riley, “she just wanted to be in the game.” She had dreams of making an impact, particularly on marine life. Catherine believed if our oceans were cleaner, the world would be better.

She was an active woman who paid attention to her diet. “If you looked at her, even the day she passed,” explains Riley, “She was with her nieces, and they were playing and having a great time.”

“I have to know for Catherine.”

After the shock of losing her young daughter, Riley spoke with her other children who helped her come to the decision to have her own Lp(a) tested. “I waited and debated and gave myself every reason not to do it,” says Riley, “And then I said, I have to do it in 2022. I have to know for Catherine, but I also have to know for myself. If I do have it, I need to be able to live with it and not die from it.”

Riley’s levels measured 140 nmol/L. An Lp(a) level greater than 125 nmol/L is considered high, increasing the risk of heart attack and stroke. “So I began this journey of navigating through the nerves, the fears, the insurance companies, the doctors, while trying to keep myself healthy,” says Riley.

She still has fears, but there are happy moments where her anxieties are eased. Recently her granddaughter was in a sledding contest. As the family was running late, Riley had to accompany her granddaughter up a huge hill, and when she reached the top, she realized she did it with no problems.

Riley’s oldest daughter, Courtney, also decided to visit a lipid specialist at the Dartmouth-Hitchcock Heart and Vascular Center and it just so happened to be the Family Heart Foundation’s Chief Medical Officer, Dr. Mary McGowan. When Courtney told Dr. McGowan her family’s story, she was immediately invited to get involved with the Foundation. Riley’s mother also decided to get involved, and all three women are now Family Heart Foundation Advocates for Awareness. Courtney is now the Foundation’s newest Board Member. “So there are three generations of us honoring Catherine and doing some tough work,” explains Riley.

“It’s not a death sentence, but it is a risk factor.” 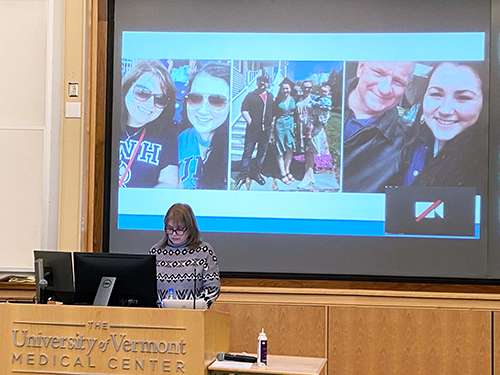 Riley takes every opportunity she can to tell people to know their numbers, including Lp(a) and to connect with the Family Heart Foundation if they want to learn more. She wants people to stop assuming heart conditions are caused by lifestyle and to understand the risks of genetically high Lp(a). “It’s not a death sentence, but it is a risk factor,” she says, “And the more we understand it, the better prepared we’ll be for future generations.”

The family has spoken at several events including at local hospitals, reaching over 100 healthcare professionals. “I feel like we’re making a difference,” says Riley, “I feel like Catherine’s with me every time we speak.”