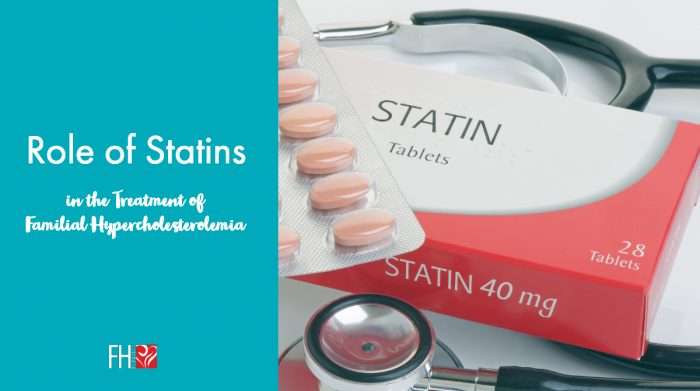 Statins are one of the longest and most well-studied drugs that definitively provide positive results. In fact, the most-effective statins reduce cholesterol by 55-50% at their maximum dose. In addition, statins are cost-effective -- 6 of the 7 statins are generic. While statins save lives world-wide, among individuals with familial hypercholesterolemia (FH), there remains concerns about using them.

Statins are Lifelong Treatment for Individuals with Familial Hypercholesterolemia

The current medical recommendations for individuals with FH are that statins are “forever.” Once a physician prescribes a statin for you, there is no indication or scenario for stopping them. For those with FH and genetic high cholesterol, stopping statins will inevitably lead to a rapid rise in LDL cholesterol levels and return of heart disease risk.   While “drug holidays” may be allowed, particularly for women around pregnancy, or for younger patients, in general statins are not stopped by doctors once prescribed.

the Family Heart Foundation hears from newly-diagnosed individuals that it can be hard to believe in the need to take statins for life.  In the absence of heart disease and feeling fine, doubt over statins may occur, especially with false news reports and negative social media surrounding statins. With familial hypercholesterolemia, you cannot “feel your cholesterol levels” as you might with other conditions. For conditions like low thyroid or diabetes where your body no longer makes thyroid hormone or insulin, understanding the need for lifelong medication makes sense.  If you have symptoms that a medicine improves, and they come back when the medicine is not being taken, then the need is clear.

Finding authoritative advice on statins is difficult as press reports and other media often provide conflicting and contradictory information. Recently, the American Heart Association published a scientific statement on statins  that completely reviews the statin literature regarding positive and adverse results entitled Statin Safety and Associate Side Effects.[1]

Statins are Safe to Use at a Young Age

Both the American Heart Association and the American Academy of Pediatrics have recommended statin therapy for children with lipid disorders such as familial hypercholesterolemia as early as 8 years of age. Lower-dose statin therapy started in children with FH between 8-10 years old have demonstrated long-term benefits, with a lower incidence of cardiovascular disease.[2] In fact, disease rates have been shown to be close to that of the normal population over 40 years of follow up! Studies in children suggest much lower prevalence of side effects than in adults, in fact they rarely occur in this age group. Though concerns about long term safety of statins remain, currently no long-term adverse effects have been identified. 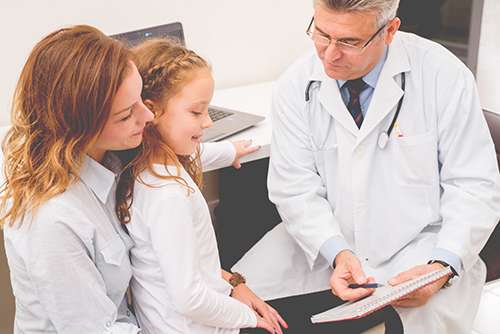 What are Potential Statin Side Effects?

Dosing, type of statin, and age are key predictors of risk for statin side effects. High doses and older age increase prevalence of side effects. However, upper limits of FDA recommended dosing are below the threshold for severe side effects. Any statin in high enough doses (higher than recommended) makes side effects more likely, so that dose adjustment may improve symptoms.

Statins do have a small but significant relationship to diabetes.  Being prescribed a statin increases the likelihood of future diabetes by about 10% and taking a high intensity statin increases it perhaps another 10%. This is a small number, about 1/255 people prescribed a statin will get diabetes attributable to statin use.  However, these rates may be even lower for those with FH, as diabetes rates in FH patients are about half the general population.  It is important to remember that those on statins who get diabetes are older (over 55 years of age) and already have risk for diabetes such as being overweight. For every new case of diabetes, 5 heart attacks are prevented by treatment and statins are a cornerstone of heart attack prevention in those with diabetes.

Muscle related side effects are popularly thought to be related to statins but the actual relationship of statins to muscle pain is highly controversial.  The two most important muscular consequences of statin use are called myopathy, where there is muscle pain and evidence of muscle cell injury, and rhabdomyolysis, where muscle cells are rapidly destroyed.  These side effects are very rare.  Myopathy occurs in less than 1:1000 statin recipients, typically at very high doses, and responds to decrease or elimination of statin dose. Rhabdomyolysis is much rarer, and typically occurs in the context of interactions with other drugs and higher risk scenarios.  Drugs that interact with statins include cyclosporin, used in transplant care, and certain antibiotics, some calcium channel blockers, and some drugs used to treat heart rhythm problems.  Current prescribing information is updated by the FDA regularly to provide doctors with the latest safety information. Lovastatin and simvastatin are the most likely statins to have interactions.

Clinical trials provide much important information about muscle pain symptoms.  They occur in about 11% of statin recipients and occur in about 11% of those who get placebo or no drug.  Similarly, in comparisons of high to low dose statins, the muscle pain frequency is identical or perhaps slightly higher in those getting higher doses. In that setting, the number of cases that could be attributable to statins is a very small fraction of those with symptoms, < 1:300.

Interestingly, in trials of PCSK9 inhibitors including patients with muscle pain related to statins, reintroducing statins to those patients did not lead to recurrence of muscle symptoms. In fact, 9 in 10 people are able to restart a statin by switching to another brand. This led to the development of the term “nocebo”, meaning that the symptom was secondary to perceiving the symptom because of the fear of the side effect, the opposite of the placebo effect where health benefit is perceived by the patient after receiving a pill with no medical effects.

A few other important facts should be mentioned. Grapefruit juice increases statin potency; therefore drinking it might effect lipid levels or increase the likelihood of dose related side effects. In the setting of an acute stroke caused by bleeding (as opposed to a stroke caused by a clot), statins should be discontinued at least temporarily.

In summary, statins are generally safe.

Have questions about treatments for FH? Our treatments section provides additional information on therapies, as well as diet and exercise.
Read More

Dr. Gidding is the Chief Medical Officer of the Family Heart Foundation.Dr. Gidding is known for founding PEDAL, a consortium dedicated to prevention of adult onset lipid related diseases beginning in youth. He is a member of the ACC/AHA task force on clinical practice guidelines and has participated in the development of new adult and pediatric blood pressure guidelines. He has previously worked on guidelines/scientific statements on familial hypercholesterolemia, hypertension, tobacco, obesity, nutrition, diabetes, and congenital heart disease for AHA, AAP, NHLBI, WHO, CDC, EAS, NLA, and ADA. Dr. Gidding has been a visiting professor at the Cleveland Clinic, University of Miami, University of Pittsburg, University of West Virginia, Children’s Hospital of Philadelphia, Texas A and M University, Brown University, the University of Hawaii, Montefiore Hospital, and the University of Michigan and lectured internationally.Past clinical interests included preventive cardiology, general pediatric cardiology, echocardiography, exercise, and heart failure/transplantation. Prior funded research includes co-investigator for the echocardiography reading centers of the TODAY and CARDIA studies and a study on cardiovascular risk in Down syndrome. He was a co-investigator of the DISC study and collaborated with the Bogalusa Heart Study. Dr. Gidding participated in many local studies on congenital heart disease, on the cardiovascular morbidity of obesity, and early imaging of atherosclerosis. He helped design the DO-IT trial, a statin intervention trial in adolescents funded by the Pediatric Heart Network (NHLBI) and remains a site co-investigator for the AMGEN pediatric PCSK9 inhibitor trial.