FH IS UNDERDIAGNOSED, UNDERTREATED AND LIFE-THREATENING

According to the Consensus Statement published by the European Atherosclerosis Society, more than 90% (and maybe as high as 99%) of individuals with FH in the US have not been properly diagnosed due to gaps in screening, recognition and classification of FH.

FH IS ONE OF THE MOST COMMON GENETIC METABOLIC DISORDERS

LDL-C is elevated from birth on and often leads to premature coronary heart disease resulting in early myocardial infarctions (MIs), in some cases as early as childhood in individuals with HoFH and second to sixth decade of life in individuals with HeFH. Individuals with FH have a significantly higher risk of developing CHD than unaffected individuals due to the lifetime exposure to elevated LDL-C. 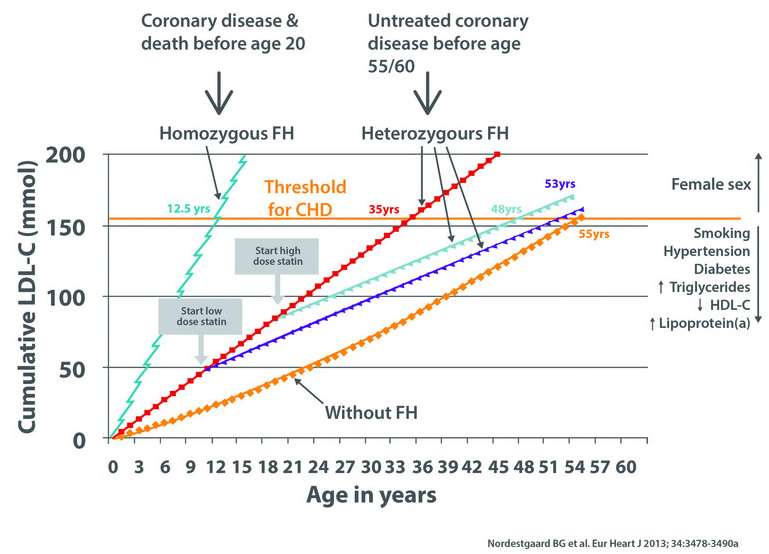 Recent data have confirmed earlier studies indication that FH accounts for roughly 13.000 MIs In the US per year. Initial insights from the Family Heart Foundation’s CASCADE FH® Registry suggest that over 25% of FH patients in the registry have heart disease by the time they are diagnosed and the age of diagnosis remains too late for most. In addition a majority of the patients in the registry require more than one medication to lower cholesterol.